The second weekend of June was the date, the IV North Fork Championship was going down in Banks, Idaho. The North Fork of the Payette is an awesome river that has 15 miles of amazing roadside whitewater. The water is warm, big and pushy making for lots of great rapids and hard moves. With the road on one side and the railway on the other the river is full of rock boulders that help create those rapids making them shallow and pretty dangerous at the same time though. 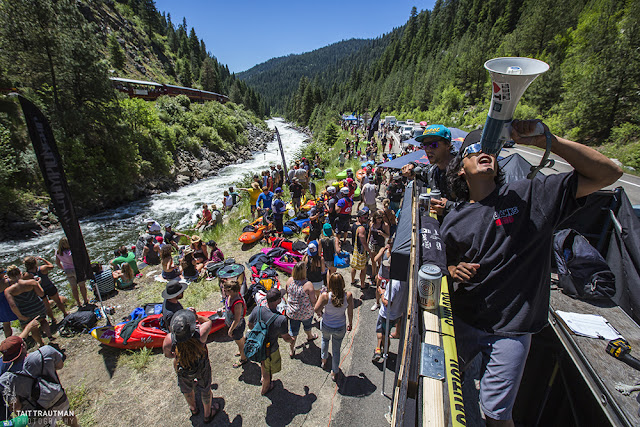 The North Fork Championship is a three day event that features a time trial, a boaterX and the biggest race of the weekend a Giant Slalom down whats considered the hardest rapid on the river, Jakes or jacks Ladder. 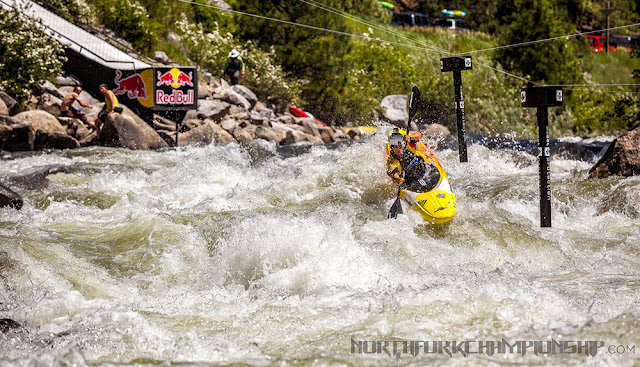 On Thursday, over 80 racers participated in “The Expert Race,” an over 7 minute time­trial from the top of “Juicer” to the bottom of “Cruncher” on the Lower 3 miles of the North Fork Payette. The top 5 finishers of those that weren’t already qualified for Saturdays race would become Elite members and have the chance to race down jakes so everyone gave it all they had. I was happy and surprised to take first after not really pushing it too much, good start! 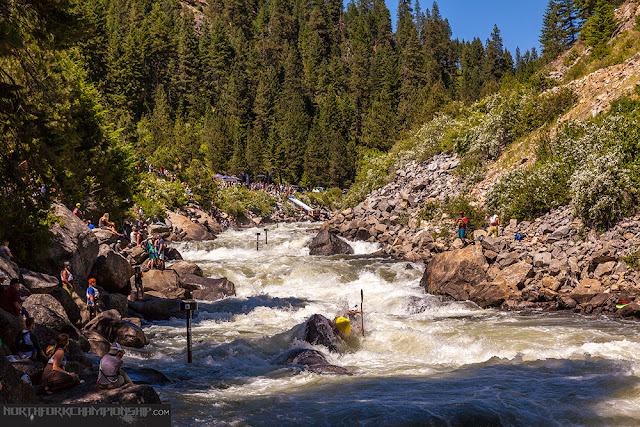 The Melt Awards are that same night in downtown Boise where new movie were premiered and the qualifiers announced. We were happy to take second place for the second year in a row at the Cinematography Awards with our new SBP reel.
On Friday we did some training at Jakes and there was a BoaterX in S-Turn which I didn’t attend not to get too tired… 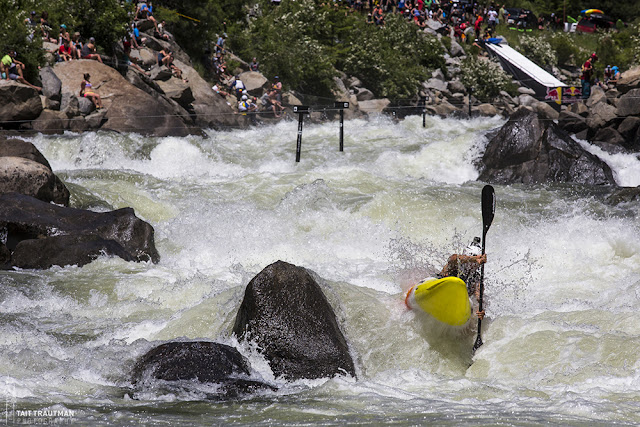 Saturday was the day! After a couple practice laps I was feeling good and ready to put down a fast time on my first run. Went off and immediately missed the second gate… it was over, I just floated the course to the finish and tried not to get too pissed… 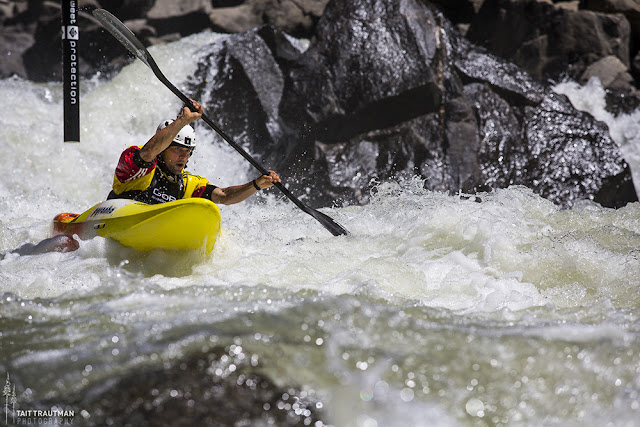 I tried to forget about it and give it all again on my second run, only one chance. Started off the ramp and charged, luckily barely made the first second gate combo, kept on going and put together an ok run. After the race we all floated downstream and had a good time padding under the summer heat.
Everyone was nervous at the awards, no one knows anything until its announced… I was super stoked to take first place! Even if my run wasn’t as good as I could have paddled I’m really happy I managed to put it all together for that second run and made it count, the pressure was definitely on!! 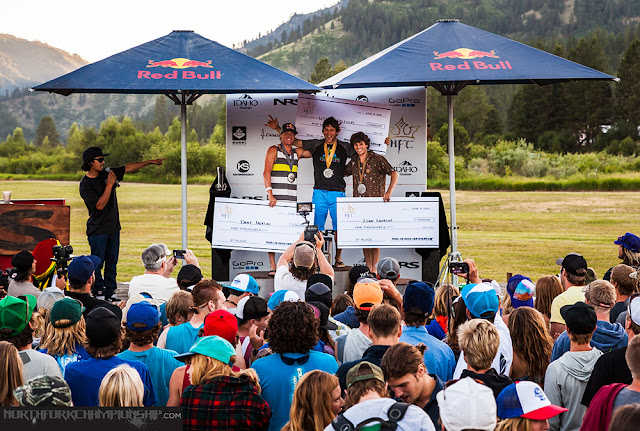 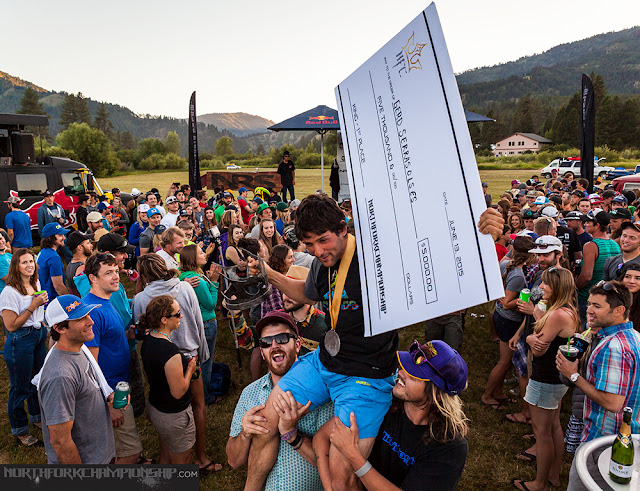 It was an amazing experience and a great time! Completing the podium were Dane Jackson and Isaac Levinson and my brother was 4th so super proud and stoked for him too!!
He had an amazing party and spent the next few days paddling TB on the North Fork, going to the hot springs and hang out, good times! 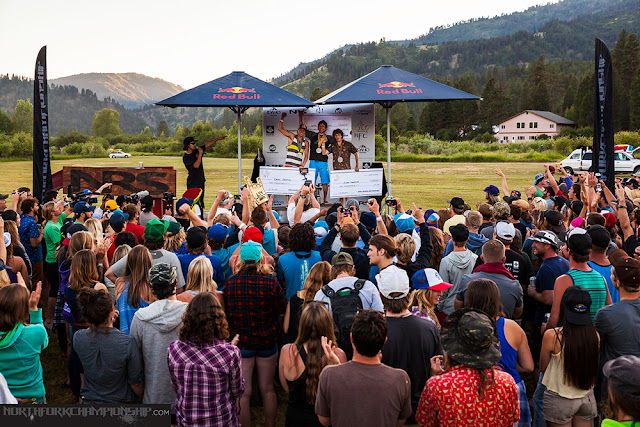 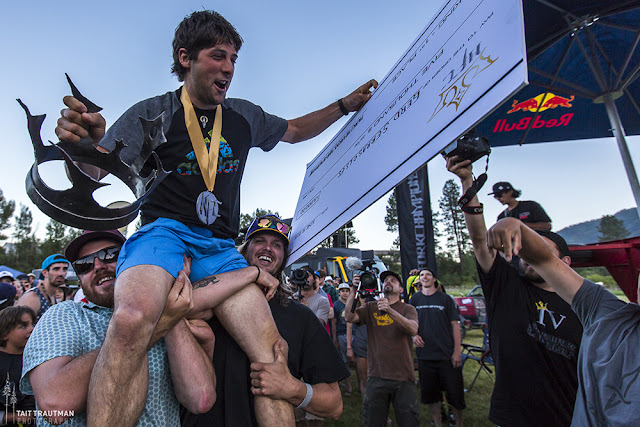 Thanks to James and Regan Byrd, the organizers, for putting this event together year after year, its an awesome event to be part of and it gets keeps getting bigger and better, can't wait for next year!
Also thanks to the best girlfriend Ali for being there all the time and helping me with everything! 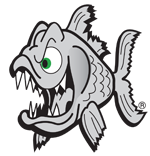 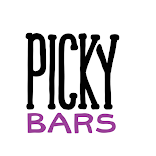